Nice title, eh? I guess you are wondering what TTG means. It’s Time To Go. So, that’s my title. When the going gets tough, it’s time to go. Today I will tell you a story about a girl who wanted to be a big boss, to conquer the world of  business. But we don’t always get what we want, do we?

In 2007, after more than 10 years of teaching, I thought it was time to take the next step. Go up the career ladder and open up my own private language school. I was very excited, so was my sister. We were going to be partners. We were going to make something that was ours. We looked for a building to rent. We found one close to my house. We then furnished it and opened the school in September of 2007. During our first year we had 27 students. That was great. We had small sized classes, we did lots of extra curricular activities with students like parties for Christmas, birthday parties etc. I spent lots of Sundays teaching exam classes. They were free lessons aiming at helping my learners. It was a successful year. We were happy, our students were happy. Things were going to be super the next year.

They weren’t. While there was a small increase in the number of new students, I also had losses. Students finished their training or moved away. I pretty much had the same number of students. This is when some of my student/ customers started having money issues. recession and the financial crisis in Greece was knocking on the door. People started owing money/tuition. I did not send them home though, they were my kids. I kept them in their classes and continued to issue receipts for money I was not earning. The law  says that you must issue a receipt for the student at the end of every month, even if the student has not paid. You also pay tax for this student. This policy is based on the assumption that you will eventually get your money. I wasn’t.

To make matters worse, my expenses were piling up. My school was open 9 months a year and shut during the summer. I still had to pay rent for the months the school was shut.

2009-2013 were pretty much the same story. I now had about 40 students but the competition was killing me. There were new language schools in my area, charging peanuts for classes. I had to do the same. Of course, Greece was going through the financial crisis and people stopped taking language classes. This is when I started to lose my drive, so did my sister.

I was trying, trying and not seeing any results. Don’t get me wrong, I was happy with my lessons and my kids were great, but I couldn’t make ends meet and that was very disappointing. I did not have any more energy. I had had enough. I tried for 7 years and was not going to try anymore. In September 2014, my sister and I decided we were going to shut down the business. And we did.

I actually found myself ‘mourning’ the business. I had put my heart and soul into something that failed. I felt like a failure.

In retrospect, I think I approached the whole language school with a lot of enthusiasm but no marketing or business skills.

I found it very difficult to ‘sell’ my services. I was not at all aggressive. I was probably a pushover business woman.

I treated my students as my kids, not customers. This is nice and fuzzy, but it does not pay for the bills. Love alone, does not cover the expenses.

What about my teaching? Had I done enough? I thought I was doing a good job, but was I? Was this why the business was not successful?  I will never know.

I am aware of the fact that I am casting blame on everything else and not really myself, but the latter is hard. I am stubborn in that way.

It is about 8 months later, and now the language school is a memory of the past. I tried it, it didn’t work, I moved on. On the plus side, I have more free time, and financially I am much better!!! I am free of something that was a dream and at the end, became a burden. Oh well, life is all about trial and error, isn’t it? Been there, done that.

Vedrana asked me what it was like to run a business and suggested I write a post, so here it is.

17 thoughts on “When the going gets tough, it’s TTG”

I will be blogging from Birmingham 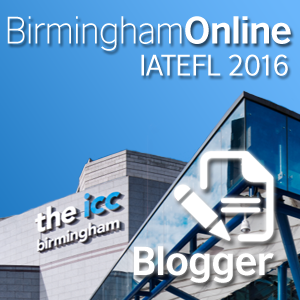 Go to www.uber.com/invite/mypinkrambles and sign up so that you get a free ride up to £15 free Uber ride! Use the promo code: MYPINKRAMBLES Only for the UK

This work by Joanna Malefaki is licensed under a Creative Commons Attribution-NonCommercial 4.0 International License. 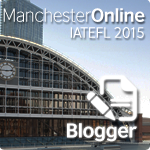